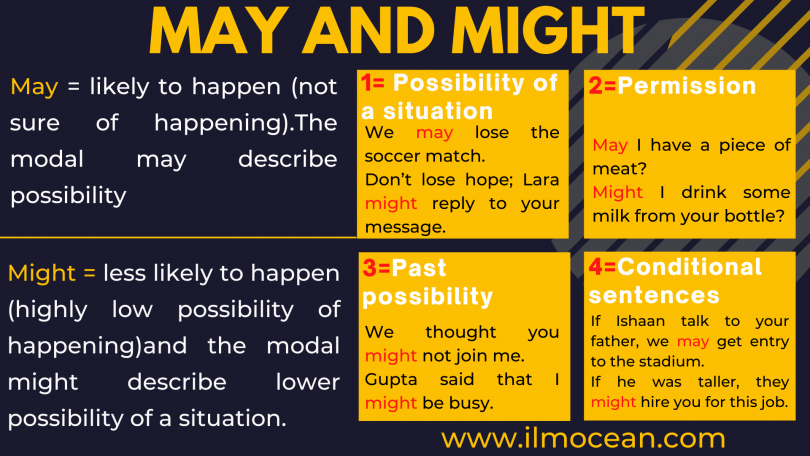 We use may and might to get permission. May is used in common sentences and might is less common but it is taken as highly formal.

If we want to give permission, use may, not might.

But sometimes use of may case of getting permission can confuse the readers. Look down the following example:

So in such confusion, use of might give clarity about the situation.

Now, the situation is clear that we are referring to the possibility of the situation because we can’t use might to give permission or we cannot say that we have permission. But we can’t relax, there are two main problems in use of might:

When may is used in the direct speech we change it in to might in the indirect speech because we consider might as the past tense of may.

We use both may and might in conditional sentences.

Note: We don’t use modal May is in type 3 conditional sentences. 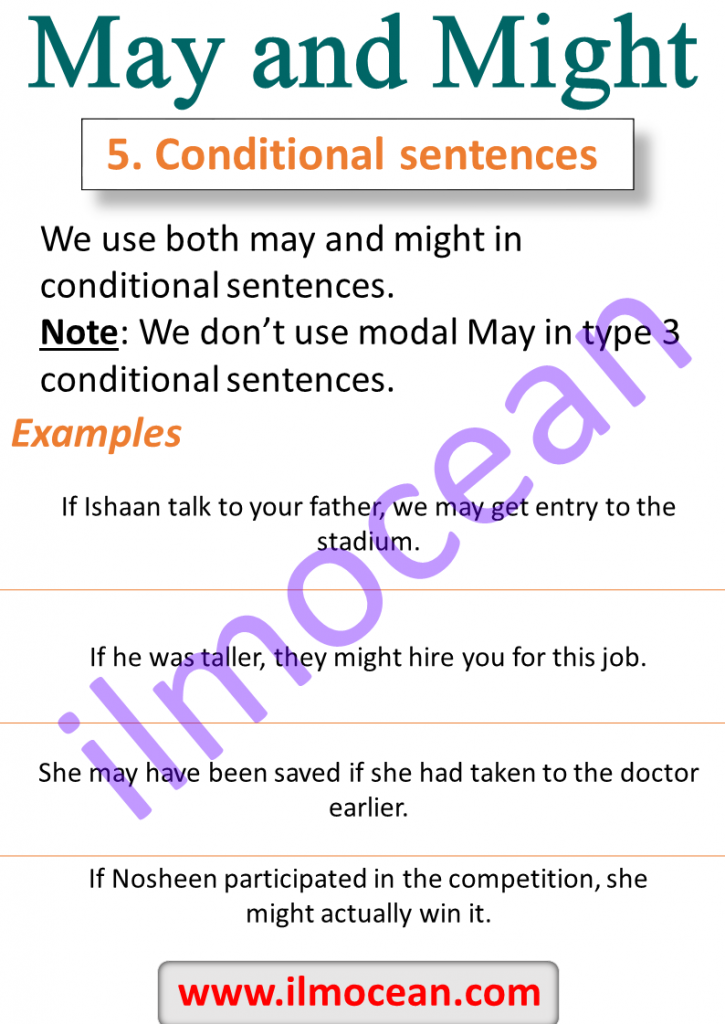