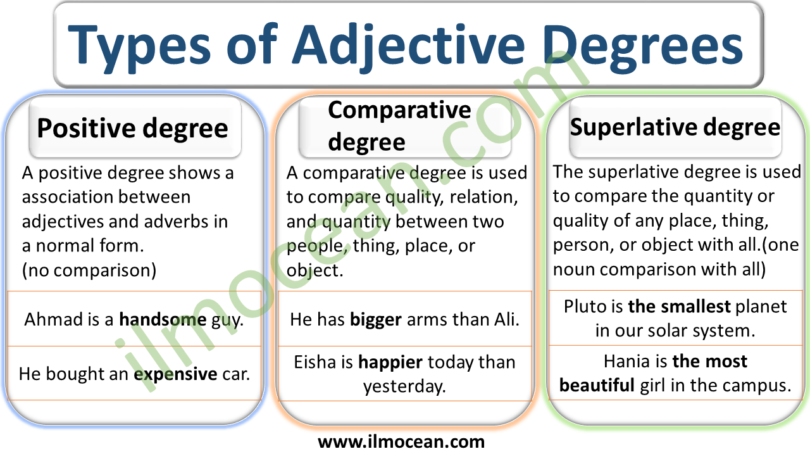 A positive degree shows a association between adjectives and adverbs in a normal form.

In a positive degree there is no comparison shown in between adjectives and adverbs. 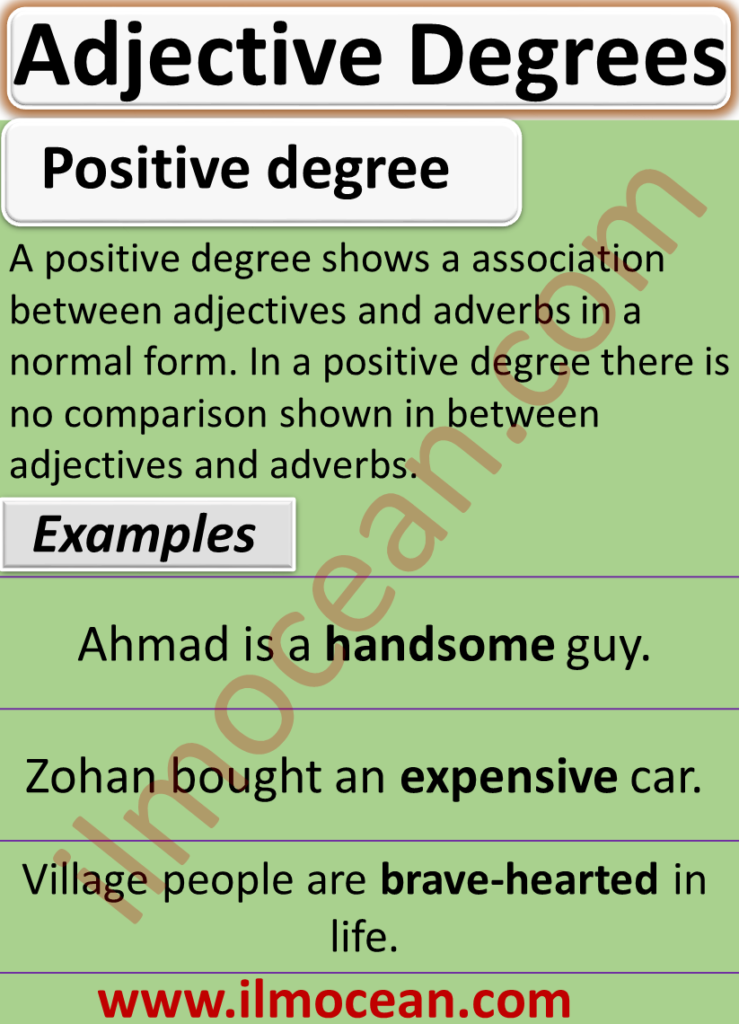 A comparative degree is used to compare quality, relation, and quantity between two people, thing, place, or object.

It also used to compare one noun with another noun in a sentence. 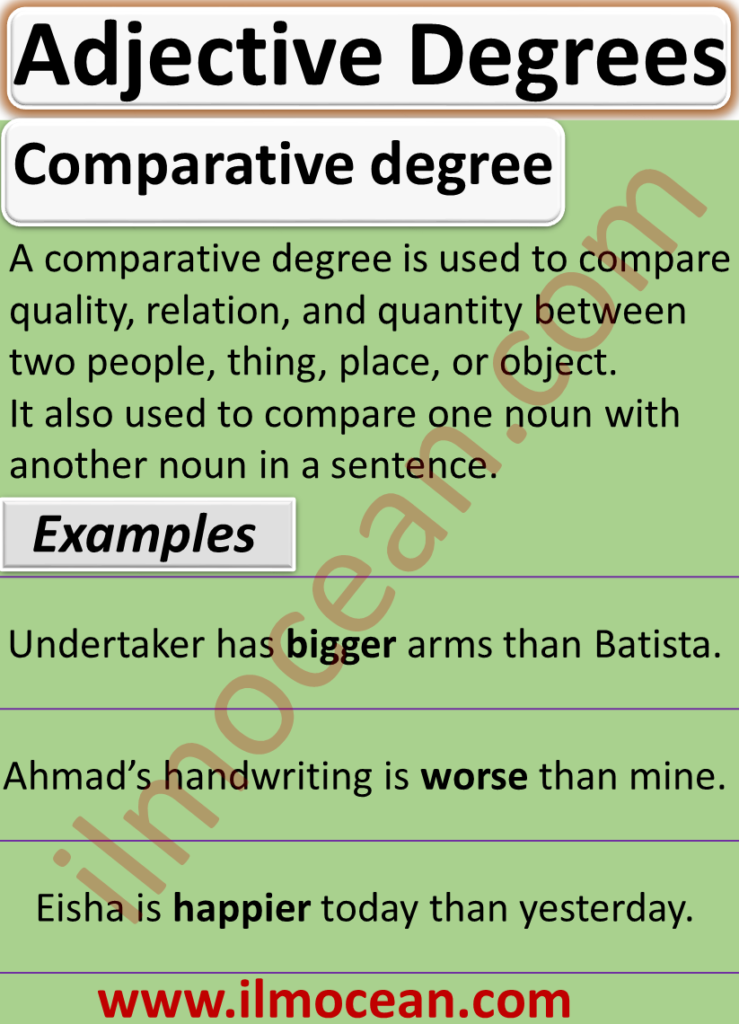 The superlative degree is used to compare the quantity or quality of any place, thing, person, or object with all to show either the least quality or highest degree. It is comparison one noun with more than one nouns. 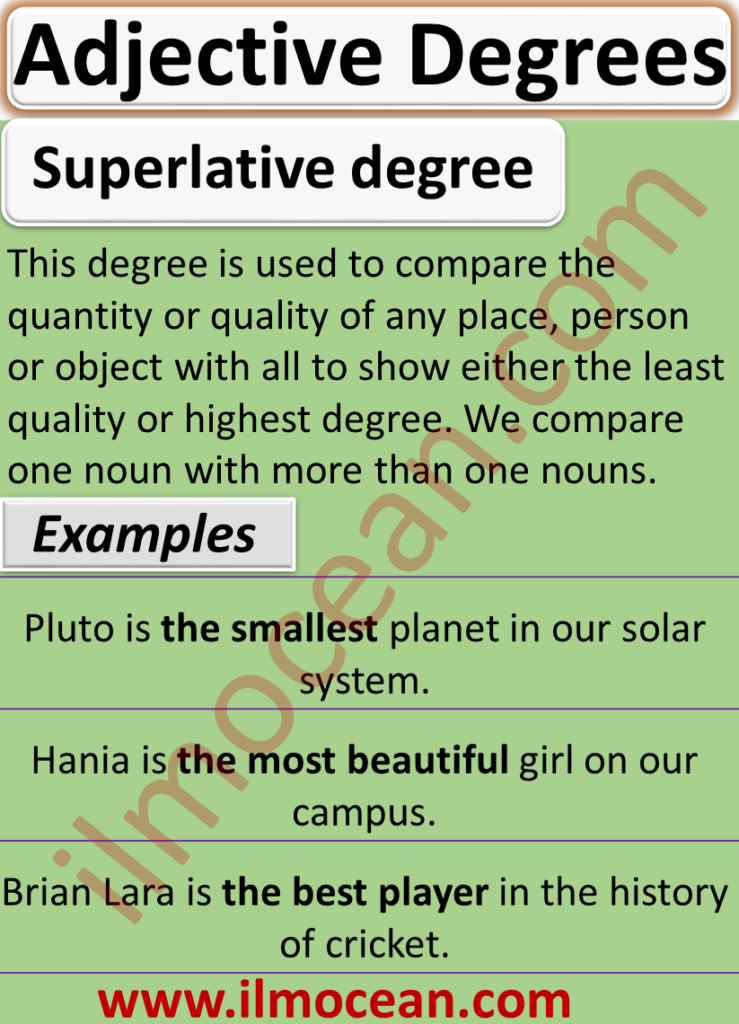