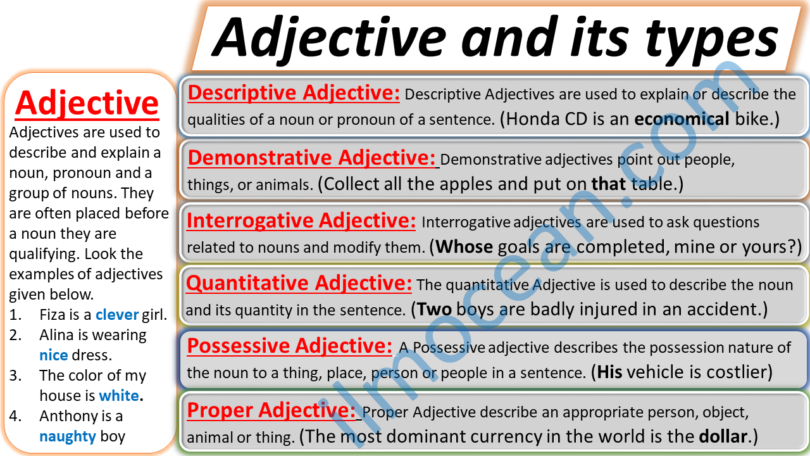 Adjective has a vital role in English grammar, because an adjective describes the characteristics of a noun or noun phrase or pronoun. Its major role is to change or modify the information given by the noun. They are usually placed before the nouns they modify. In a simple way, Adjectives are the words that shows the qualities or states of being of nouns. So we can say, an adjective is a word used with a noun to add something to its meaning. In English grammar, adjectives

have been considered as a part of speech in various types and to learn each type of adjective in detail you must read the article further.

Adjectives are used to describe and explain a noun, pronoun and a group of nouns. They are often placed before a noun they are qualifying. Look the examples of adjectives given below.

Descriptive Adjectives are used to explain or describe the qualities of a noun or pronoun of a sentence. 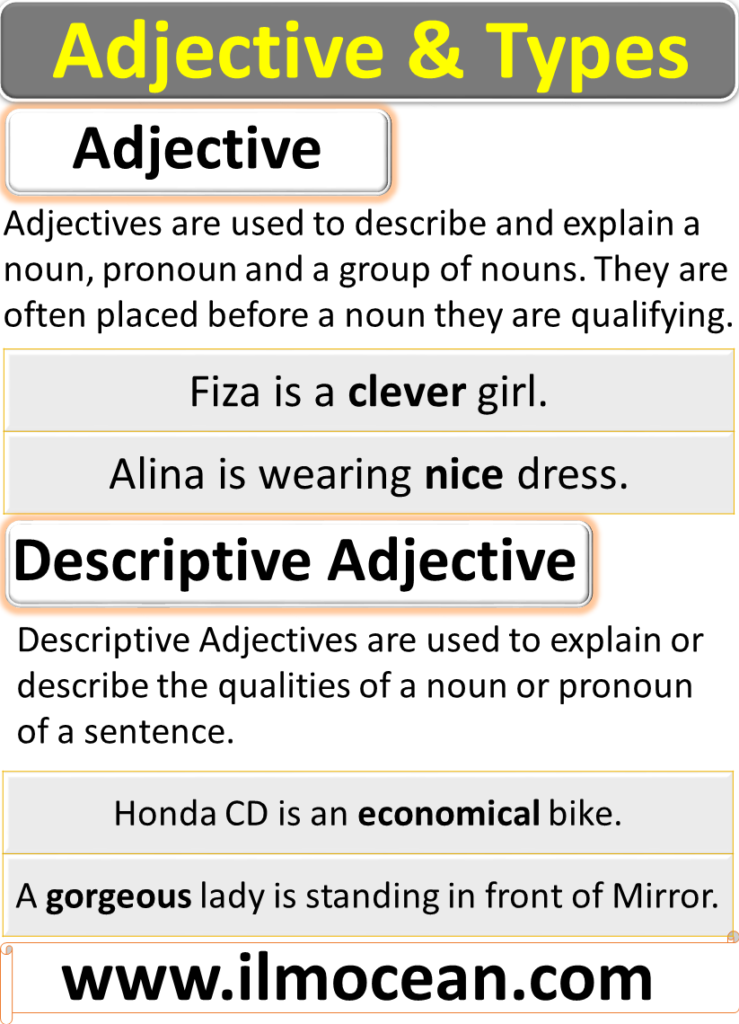 It is use to explain the position of the noun. In phrases or sentences, it comes before other adjectives.

These are generally used to describe a particular group or individual and they are always used with singular nouns. It is used to characterize nouns.

“Each, either, neither and every,” are four distributive Adjectives. 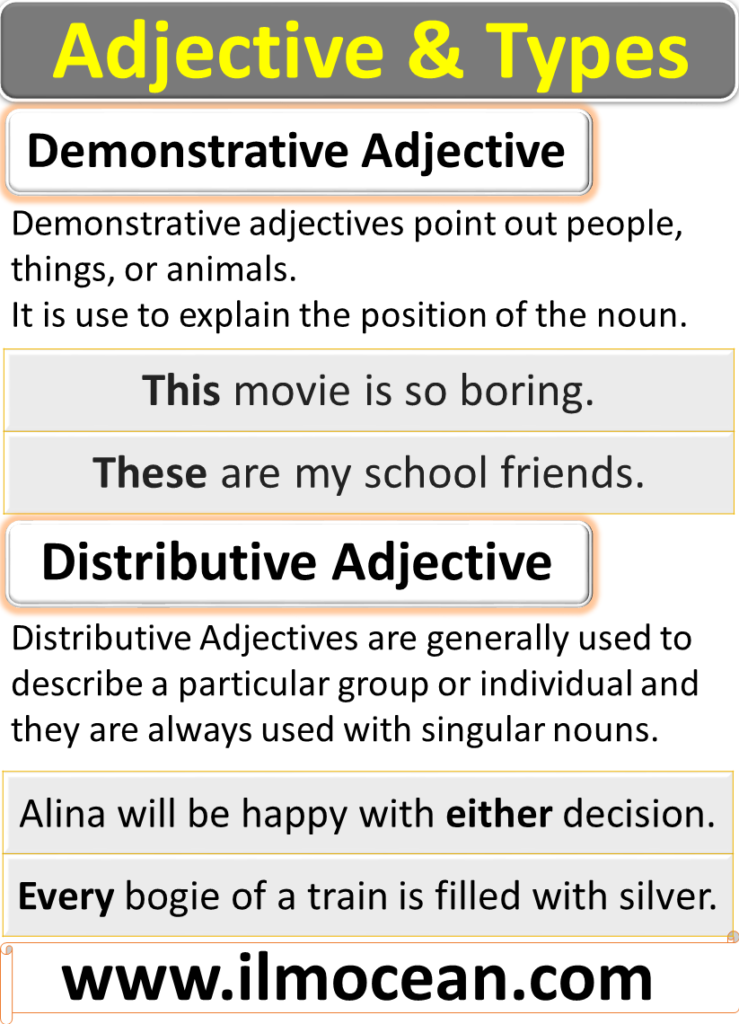 Interrogative adjectives are used to ask questions related to nouns and modify them.

Here are three interrogative adjectives in grammar, “what, whose and which,” respectively.

It tells us about the number of the nouns present in any sentence.

There are three types of numeral Adjectives: 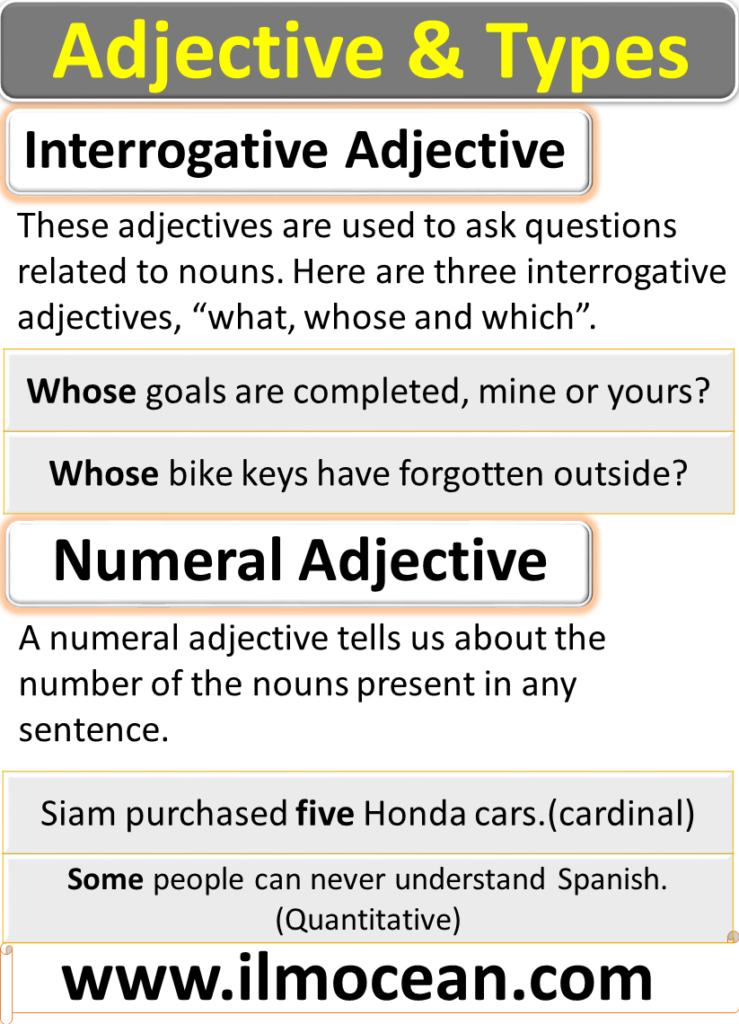 The quantitative Adjective is used to describe the noun (person or thing) and its quantity in the sentence. Sometimes we take a numeral adjective as a quantitative adjective though it specifies the numbers.

It shows a particular person of existence and hence needs to be capitalized.

A Possessive adjective describes the possession nature of the noun to a thing, place, person or people in a sentence. The possessive Adjective also acts as a possessive pronoun. 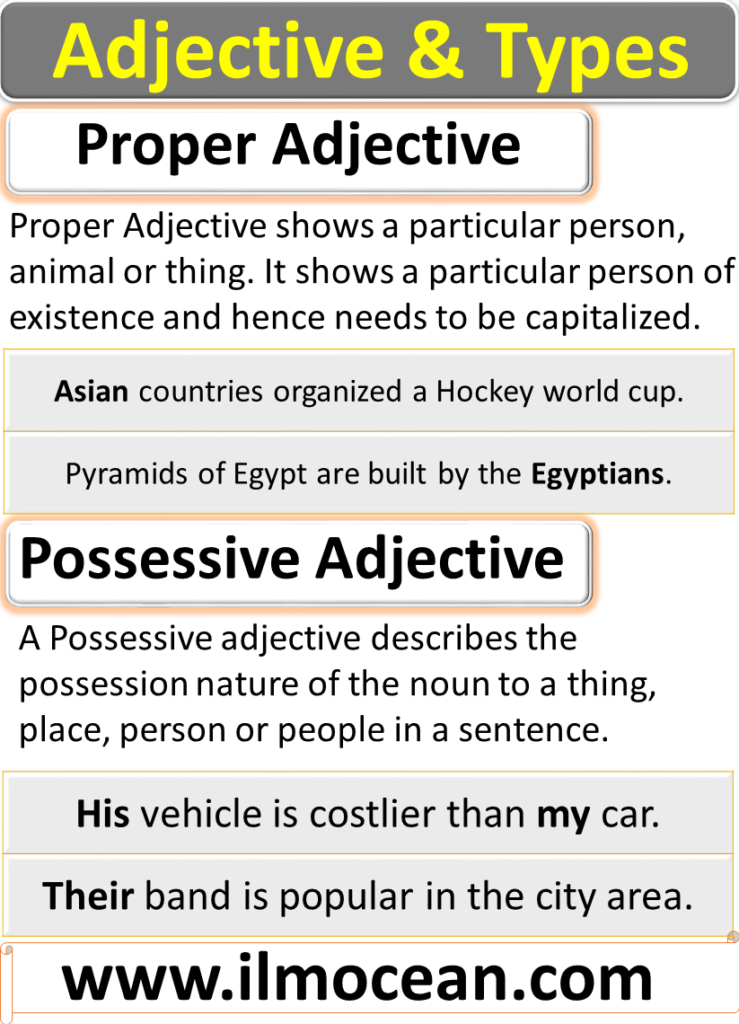